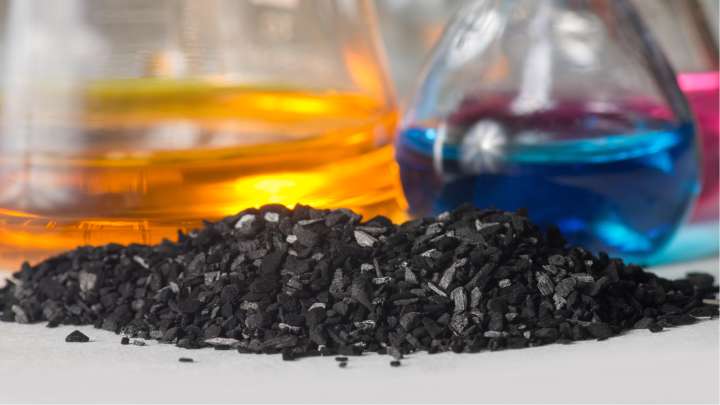 27.08.2019 As a type of solid fuel, coal has been known to mankind for many centuries - it is used both in everyday life and in large industries.

Today, coal is used to generate electricity, not to mention domestic use as a heat source.

The population and many enterprises of the Kostanay region annually burn hundreds of thousands of tons of coal, often not knowing for sure whether its price corresponds to quality. What is desirable for the consumer to know when purchasing coal?

Its most important indicators include: calorific value (calorific value), ash content, moisture and the yield of volatile substances.

Calorific value - is the most important characteristic of coal. This is how much heat can be obtained by burning one kilogram of fuel. It depends only on the composition of coal.

Ash - in addition to combustible elements and moisture, coal also contains minerals that, when burned, form ash. The more mineral inclusions, the more ash will be formed during its combustion of coal, that is, the higher its ash content.

Anthracite has the lowest ash content. Bituminous and brown coals may have different ash content, but, as a rule, it is higher for brown coal. In addition, when buying coal with a high percentage of ash, the consumer pays for non-combustible ballast, and the equipment used is destroyed faster. the boiler heating surface is slagged and accelerated abrasive wear occurs.

Moisture - it is not superfluous to know how much moisture is contained in coal. At the same time, we mean a net located on the surface of its pieces and grains, and the one inside the coal. Moisture in coal is not only overweight, it also reduces the heat of combustion, because requires additional heat for its evaporation. Therefore, the lower the percentage of moisture in the coal, the better.

The yield of volatile - substances is the last indicator, it is also very important, because defines the behavior of coal in the process of its use. So, the presence of a large number of volatile substances in the combustible mass of coal lowers the temperature necessary for its ignition, but at the same time, it also reduces the heat of combustion.

For a long time, the customer was not able to verify the quality of the purchased coal, since there was no laboratory in the Kostanay region where this could be done. Currently there is such an opportunity.

The RSE branch at the National Center of Expertise in the Kostanay Region purchased unique equipment for the study of solid fuels. It allows laboratory analysis of coal simultaneously for four indicators: the calorific value, ash, moisture, and the yield of volatile substances. This enables the consumer to choose fuel suppliers with better characteristics and spend money more rationally.

RSE on the LEJ «National Centre of Expertise» of the Committee for Quality and Safety Control of Goods and Services of the Ministry of Health of the Republic of Kazakhstan
Developed by KazInSys
© Copyright 2019 - nce.kz - all rights reserved.
Install the application:
1) Open the website in Safari
2) Click save
3) Add to home screen