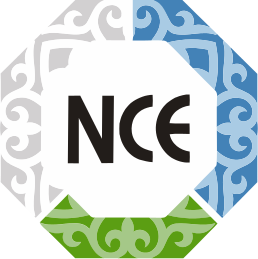 Every day, we resort to artificial energy-saving lighting, but no one was blown out with what it all started and how it all works. Officially, the first fluorescent (LL) or, as it is called, fluorescent lamp was created at the beginning of the last century, an engineer-inventor from the United States Peter Cooper Hewitt, but the light of these lamps was blue-green, unpleasant to the eye. For this reason, the first mercury lamps were used only by photographers and they are not widely used.

Fluorescent lamp in its almost modern form was created by a group of German inventors led by Edmund Germer. It was he who came up with the idea to apply a fluorescent coating on the glass surface of the lamp from the inside, which converted the ultraviolet glow of the mercury lamp into white light, not cutting the eye.

The bulb of a fluorescent lamp is covered, as it was told above, with layers of a phosphor on which more than 60% of energy of a mercury discharge comes. Depending on the desired color emission phosphor is selected in a different view (wolframite calcium – blue or blue-white, the borate of cadmium – crimson-red, the zinc – beryllium silicate – orange, etc.).

The main technical characteristics of LL include:


Power is an important indicator when choosing an energy-saving lamp for lighting. Due to their energy efficiency, they are able to emit a luminous flux 80% higher than that of incandescent lamps. Thus, the incandescent lamp, which consumes 75 watts of power, can be replaced with energy-saving, with a power of 15 watts.

Color temperature is an indicator of the color of the lamp, ie the shade which we see. Energy saving lamps can distinguish three different types of luminescence, depending on the temperature of the emission: warm emission has a temperature of the glow 2700 degrees Kelvin (2427⁰С), for areas where there is no need eyestrain; daylight — 4200K (3927⁰С) is the illumination closer to natural light; cool — 6400 degrees Kelvin (6127⁰С), is used in environments that require prolonged eyestrain.

Lighting systems create the necessary conditions that provide visual perception, which gives about 90% of the information received by a person from the outside world.

High-quality lighting creates favorable conditions for industrial activity, study and recreation. It is important not just to illuminate the room or a separate workplace, and to create lighting that would correspond to the nature of the work performed. Insufficient lighting reduces the efficiency and productivity of labor, causes eye fatigue, contributes to the development of myopia, an increase in industrial injuries, leads to traffic accidents on the streets and roads.

Thus, Professor Fritz Hollwich (1909-1991) was a German ophthalmologist, Professor of ophthalmology and Director of ophthalmic clinic in his doctoral thesis distinguishes a visual and energetic function of the visual apparatus. Three-quarters of the incident light, in his opinion, performs an energy function, and only one-quarter-visual. The energy component is confirmed by measuring the level of hormones and other substances in the body. On the change of indicators of the blind, who after the operation returned to vision, the Professor demonstrates an increase in vitality and restoration of the natural level of substances in the body. And all this is due to the resumption of the flow of light into the body. In his patients, he observed a decrease in stress hormone levels after he installed fluorescent fluorescent lights in his waiting room.

Dr. John Ott (1909-2000gg), American photographer and scientist, noticed that some plants under warm fluorescent light does not bloom, and wither. This led him to investigate the effect of light quality on living organisms. John Ott came to the conclusion that artificial light, which lacks certain color components, can have a negative impact on plants and animals. The scientist attached special importance to the blue component, which is weaker in warm light. He argues that the use of artificial light, similar to daylight, reduces anxiety in children at school, and even reduces the aggressiveness of prisoners. Thus, John Ott demonstrates the influence of different types of light on the hormonal system that controls the body and affects the human psyche.

Thus, the role of electric lighting is even more increased, including in terms of efficiency of its application. It is known that high-quality performance and use of lighting systems can increase productivity by an average of 10%, preserve vision, reduce fatigue. For example, as practice has shown, the increase in lighting in Assembly shops from 200 to 800 Lux increases productivity by 7.8%. At the same time, with insufficient light, the curve of industrial injuries increases, labor productivity and product quality sharply decreases, and also leads to fatigue of workers.

However, traditional tubular LL create "micropulsing" light, as the lamp re-ignites 100 times per second. Although this frequency is higher than the critical for the eye and, therefore, the flickering brightness of the illuminated objects is not detected, the pulsation of lighting with prolonged exposure can cause increased fatigue, reduced performance.

Artificial light sources are also used to optimize the activity of the body's non-visual system. The visible color of the source is used as a regulator of circadian (daily) human biorhythm. Natural regulator of biorhythms of the human body is sunlight.

The effect of light depends on its spectral composition. Exposure to light on the receptors of the retina reduces the release of the hormone melatonin, which is called the hormone of rest. Melatonin is one of the derivatives of serotonin, together with which it regulates the alternation of sleep and wakefulness. Melatonin as an antioxidant reduces the harmful effects of free radicals, stimulates the immune system, lowers blood pressure, prevents the synthesis of stress hormones, stabilizes the body's biorhythms. It is known that the inhibition of melatonin reaches a peak at a wavelength of 460 nm, ie. in the blue range of the spectrum, the emission of melatonin in the red range is not suppressed, there is a subjective feeling of fatigue-fatigue.

In areas where natural light is not available or it is not enough, for artificial regulation of biorhythm it is proposed to change sequentially, in accordance with human biorhythms, the level and spectral composition of the radiation of light sources during the working day. The spectral composition of the radiation is determined by the color temperature. The range of color temperature used in lighting sources is from 3 000 to 6 000 K. Choosing a combination of LL with different color temperature, it is possible to provide optimal spectrum, corresponding to biorhythms indoor lighting.

Thus, on the basis of knowledge about non-visual system of the body can be combined or pick up the spatial and spectral characteristics of the rational artificial illumination, which in the evening and night will not interfere with secretion of melatonin will reduce fatigue, improve concentration in humans, thus to maintain high efficiency and prevent injury when working at night.

It is worth noting other studies in this area, where researchers at the state University of new York at stony brook obtained the results of the beneficial effects of compact fluorescent lamps on human skin cells.

A study conducted by the Scientific Committee on emerging and Newly Identified Health Risks (SCENIHR) showed that symptoms of several diseases can be aggravated in the presence of working energy-saving lamps (mainly CFL). The Committee considered three characteristics of the lamp (flicker, electromagnetic fields and UV) that could trigger symptoms (e.g. pigment xeroderma, migraine, Irlen-Merse syndrome, fibromyalgia, electrosensitivity). Of all the properties of a compact fluorescent lamp, only UV radiation has been identified as a potential risk factor for exacerbation of photosensitive symptoms.

Thus, along with the positive aspects, the following disadvantages of LL can be identified, which include: exposure to UV radiation through the damaged phosphor layer, the dependence of the light characteristics on the ambient temperature — they operate in the temperature range from 5 to 50 °C; pulsation of the luminous flux; monotonous noise that accompanies the operation of LL; the presence of stroboscopic effect.

Another type of energy – saving sources, increasingly used today, are-led lamps. And despite the relatively recent introduction into the use of this type of lamps, there are already a number of additions and changes in state regulations, namely: recommendations for the operation of lighting devices, which include led lamps; recommendations for replacing traditional incandescent lamps with energy-saving ones in pre-school education institutions, as well as in the main functional premises of medical institutions. It is also worth noting the trend to replace lamps with led at industrial facilities. This is due to the absence of noise and stroboscopic effect in contrast to LL, which is a positive side in the working process

With all this, this type of light source has a number of both positive and negative properties.
Unlike LL, with unresolved issues of disposal, led lamps are environmentally safe and allow you to save the environment without requiring special conditions for disposal: do not contain mercury, its derivatives and other poisonous, harmful or dangerous components of materials and substances. Also, on the economic side, the advantage is even lower power consumption and long lamp life, reaching 50,000 hours or more than 5 years, and in large-scale areas of activity, this aspect is extremely important.

At the same time, white light LEDs are dangerous for the retina of the human eye, since a high-intensity point light source contains a large proportion of blue light in its spectrum and due to the fact that led lighting in the blue spectrum has a dip, when exposed to the blue spectrum melanopsin does not form a signal to reduce the diameter of the pupil, unlike other types of lighting sources, thus most of the blue light falls on the retina, which in excess can lead to photochemical damage to the retina, and as is known, the lens of children is twice as transparent., than in adults, therefore, they are more susceptible to the effects of the blue spectrum.

Properly designed and executed lighting in the room:
1.  improves visual work;
2.  reduces fatigue;
3.  it helps to increase productivity and quality of work;
4.  it has a beneficial effect on the psychological state of the worker;
5.  increases work safety and reduces occupational injuries.

Branch of RSE on PCV "national center of expertise" of the Committee for quality control and safety of goods and services of the Ministry of health of the Republic of Kazakhstan in Karaganda region, being a leading testing center with experience of more than 50 years, accredited in the accreditation system of the Republic of Kazakhstan for compliance with the requirements of GOST ISO/IEC 17025/2009 "General requirements for the competence of testing calibration laboratories", will hold for You both light measurements and other necessary measurements, as well as laboratory studies.

RSE on the LEJ «National Centre of Expertise» of the Committee for Quality and Safety Control of Goods and Services of the Ministry of Health of the Republic of Kazakhstan
Developed by KazInSys
© Copyright 2019 - nce.kz - all rights reserved.
Install the application:
1) Open the website in Safari
2) Click save
3) Add to home screen